1. On the main screen, choose your name. Click Settings to set your options, then click New Game. 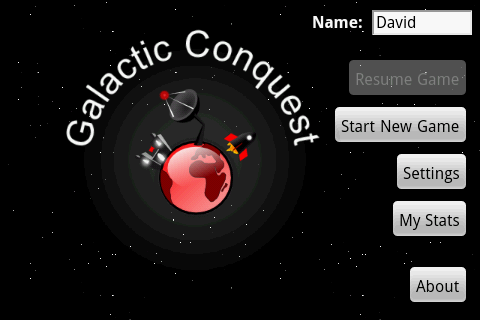 2. Your main planet is in blue, with a ring around it. Touch it once. You will see a white selection circle around it, as well as a white radar ring.

Note also on the left you can see this planets attributes: the planet owner, the class, the number of ships, current fortifications and radar level. 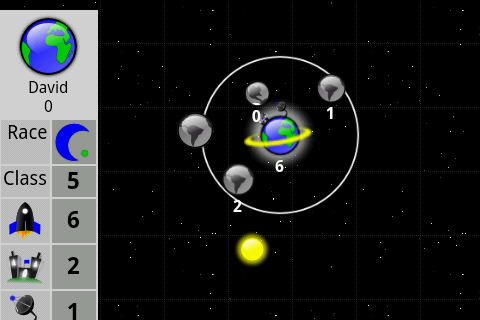 3. We are now going to capture a new planet. With your main planet selected, touch the planet to the lower left with the #2 under it. This will pop up the send ships dialog. Drag the slider to select the number of ships to send to the planet. Notice that you can see how long it will take your ship group to get there. You will need to send at least 3 to capture the planet, and maybe few extra because the planet will generate ships during your travel time. 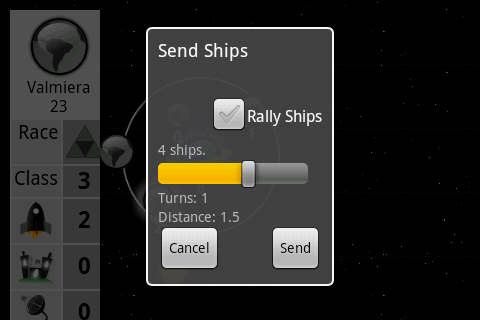 4. Now click the Menu Button and click Submit Turn. Wait until the game has processed everybody's input. You can also select the other menu items.
On the iPhone/iPod/iPad, the menu button is in the upper right of the screen. When the menu is displayed, you can scroll the inner menu items for more options. 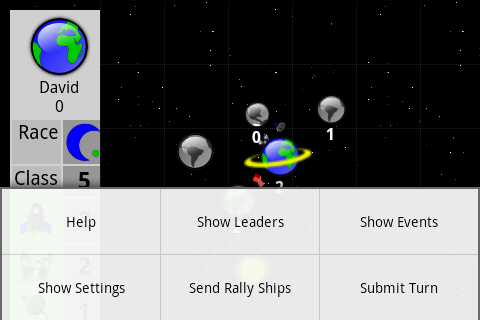 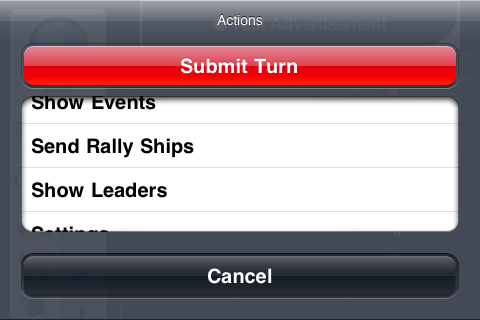 5. Now Turn 2. Your ships have arrived at the new planet, and you will see the event dialog. Attacking groups are on the left, defending groups are in the middle, and the result of the battle is on the right. 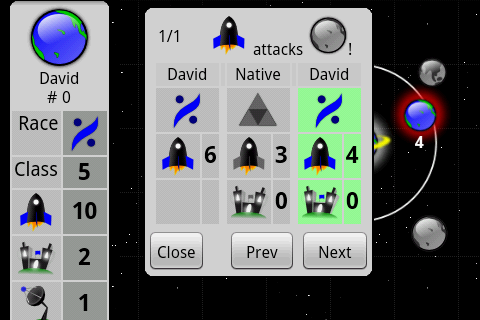 But now we want to fortify our main planet. Select the main planet so it has a white selection around it. Now click it again. A new dialog pops up. If you have enough ships available, you can select the fortify button. Since we do not have enough ships available, the Upgrade Radar button is greyed out. You can upgrade the radar level to higher levels, however each level costs more ships.

In version 1.5, there is a Research button that is only accessible from a ringed planet. You can open this screen and conduct research once per turn.

Also of note is the Rally Ships checkbox at the very top. If you want your planet to stop rallying ships, you must deselect this checkbox. 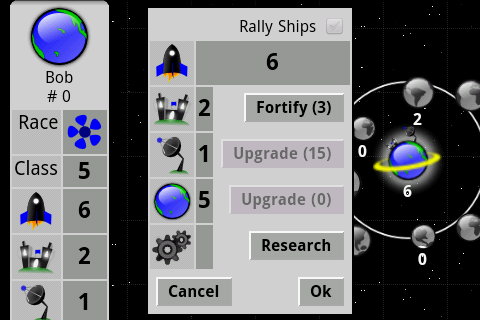 6. Each planet you capture will reveal adjacent planets, if there are any. Soon you will run into other ambitious souls attempting to take over the Universe. 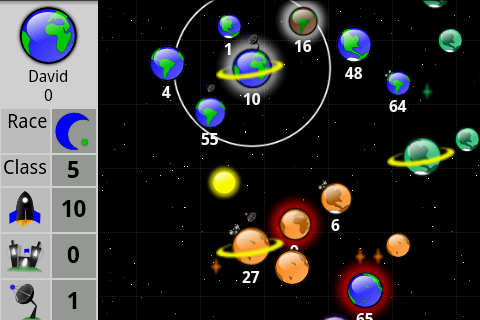